A Jamaican immigrant who co-founded the Notting Hill Carnival and became the first black mayor of Southwark has died, his granddaughter has confirmed.

Sam King MBE sailed to the UK on the Empire Windrush in 1948 and was elected as Mayor of Southwark in 1983.

A war veteran, he was also a driving force behind Britain’s first black newspaper, the West Indian Gazette.

Dione McDonald said the 90-year-old had been unwell in recent months and had passed away with his family around him.

Born in 1926, Sam King first came to Britain after volunteering for the Royal Air Force as an engineer in 1944, after spotting an advert in the local paper.

After returning to Britain on the MV Windrush and settling in Southwark, he found work as a postman and became an active campaigner in the community.

In the mid-1950s he became circulation manager of the Brixton-based Gazette.

He later helped organise the first Caribbean-style carnival in London which later became the first Notting Hill Carnival in 1964.

The Murder That Changed A Nation 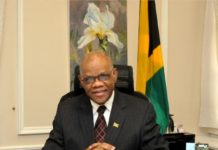 Windrush Team - June 18, 2019
0
Sofia Aatkar is a Midlands4Cities funded PhD student at Nottingham Trent University where she teaches on the ‘Black Writing in Britain’... 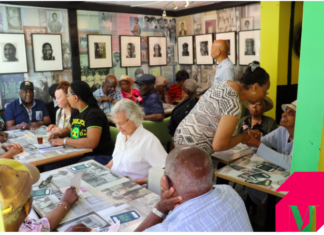 Before and After Windrush: 350 Years of Black People in Lambeth

From War to Windrush

Widen Windrush Discussion & National Lobby round up by Movement for...

Film “The Story of Sam King MBE” the founder of the...

Twilight CPD at the Library: A Celebration of Black British Literature...

Let Us Celebrate The Windrush Generation by Ruth Ible

Not all of us came on the Windrush by Harris Museum,...

‘The Windrush Betrayal’ with Amelia Gentleman

The Murder That Changed A Nation

I’m honoured that as one of my final acts of being...

Black Cultural Archives, Who Are We?

The Windrush scandal is not over, and we must all keep...

Nazerone (Neddie) Howells – A life dedicated to Britain and the...

On June 22 every year, the UK celebrates Windrush Day to honour the British Caribbean community. The observance was first introduced in 2018.
Contact us: editor@windrushday.org.uk

Nazerone (Neddie) Howells – A life dedicated to Britain and the...